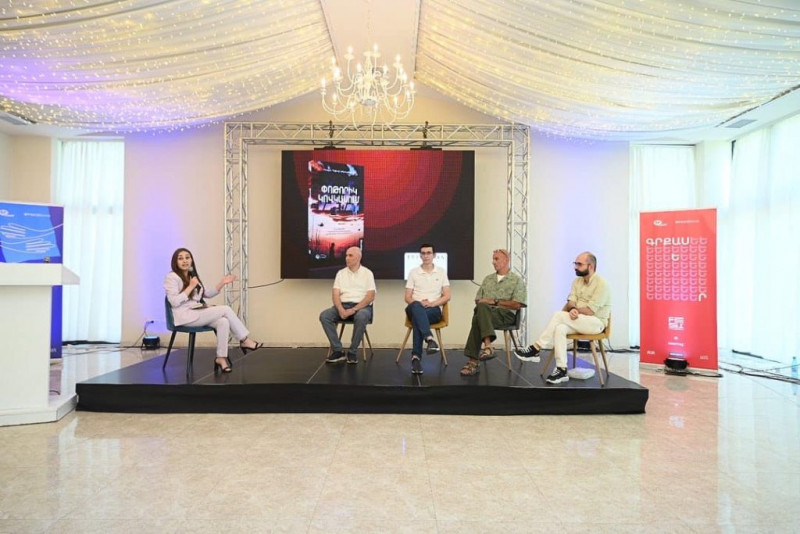 The Russian analyst believes that Russia is the defeated party in the second Karabakh war. During the event organized by Newmag Summer Fest, the presentation of the book “Storm in the Caucasus” took place. The book includes the analysis of 12 political scientists about the causes and consequences of the 44-day Artsakh war. It was noted that the book was published by the Center for Strategies and Technologies in Moscow under the leadership of Ruslan Pukhov. The authors are political scientists and military experts who address the Karabakh problem, the course of military operations, and regional developments. During the presentation of the book, it was noted that the book “Storm in the Caucasus” is important for all those who are interested in the reasons and lessons of the defeat of the Armenians in the war of 2020. One of the authors is political scientist Alexander Iskandaryan. According to him, when reading Armenian media, one gets the impression that Armenia is somewhere in the Atlantic Ocean, between Brussels, Washington, and St. Petersburg.

“There is almost nothing written about the events of Mosul, Afrin, or Tabriz in the press. And if it is written, then in the form of translated materials from Western or Russian media. It may seem that Brussels or even Vladivostok is much closer to Armenia than Afrin or Idlib. Psychologically, it is so, but the direct distance from Armenia to the northern regions of Syria or Iraq is smaller than the distance from Moscow to St. Petersburg. Mentally, Armenia does not live in the region where it is geographically located.” Another author, Ruslan Pukhov and Konstantin Makienko, believe that in the second Karabakh war, Russia is the defeated side, because in its traditional sphere of influence, in the post-Soviet territory, Turkey intervened and won against Armenia, Russia’s ally. The book also refers to the issue of large-scale use of UAVs in war. Leonid Nersisyan and Mark Cazalet note that the Armenian air defense system was unprepared to fight against them, and the Armenian command did not adequately study other cases of the use of drones in Libya, Syria, and other countries in order to at least organize effective protection for its manpower and equipment. It was also noted that the book “Storm in the Caucasus” raises new questions: why was the war so destructive for the Armenian side?   Lusine BUDAGHYAN